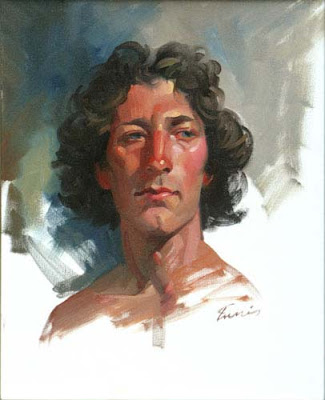 Artist John Ennis John will be speaking about his career, beginning as an illustrator and the transition from illustration to portrait painting. John began his professional career as an illustrator in New York, City and after a twenty year career in illustration, made a transition to the fine arts, carving out a national reputation as portrait painter. In the past four years he has created over 100 portraits and has was won 14 national awards, nine from the Portrait Society of America. John will be sharing this experience in his talk at the October AOY meeting.

A native of Bucks County, PA, artist John Ennis earned a BFA from the Maryland Institute, College of Art, before moving to New York City to study figure painting at the Arts Students League. More about John at http://www.john-ennis.com/


The AOY monthly meetings are held the first Wednesday of each month at 7:00 PM at the Yardley-Makefield Branch of the Bucks County Free Library, 1080 Edgewood Road. Meetings are free and open to the public. More information about the AOY can be found at www.artistsofyardley.org
Posted by Reeky at 10:31 AM